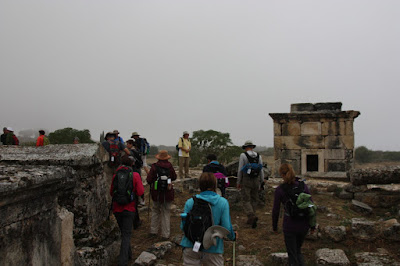 Hierapolis cemetery
Used to be a place of worship, food was often offered too
Maybe that is why the demon possessed man lived among the tombs
Romans would leave 2 golden coins on the eyes of the deceased
Graves are robbed to get those valuable coins these days
Hierapolis had a substantial Jewish population 2000 years ago
The Jews buried their dead at the same day
then mourned 7 days (except Sabbath) at the tomb
Then 33 more days at home, total 40 days
Jesus was around for the full mourning period after His death
40 days 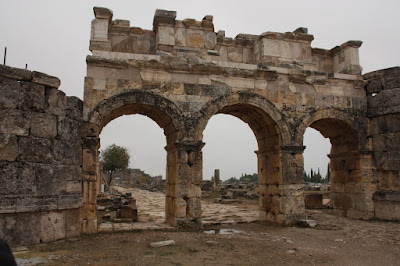 Romans celebrated greatness with arches (gates)
Crucifixions would be just outside the gate,
so many people would see it
The rich could use the middle gate the slaves had to go around
What do our gates look like?
at one time the apostle Philip was here with his 7 daughters
what a difficult mission field a Roman resort town 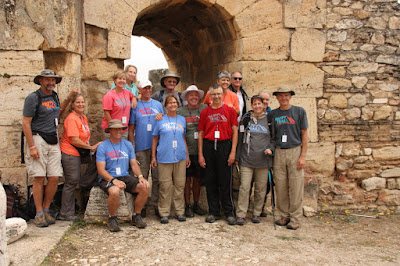 Church history records that his 7 daughters were killed and violated
in front of him, but they encouraged Philip not to give up his faith 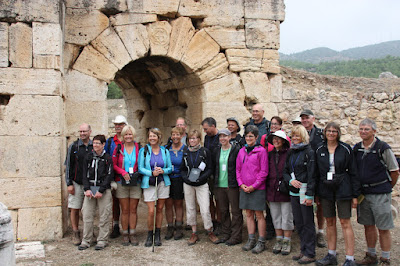 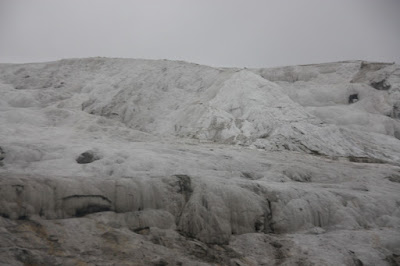 Hierapolis is famous for it's hot springs,
that leave a calcium deposit on the hills 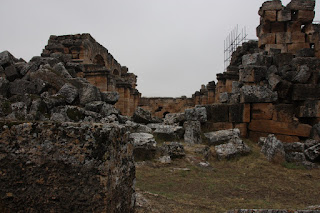 It was a city where Roman legions went to relax and it was famous
for it's baths, they are huge (this is only a small section) 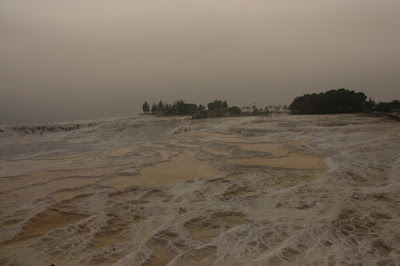 leaving the hot water at Hierapolis 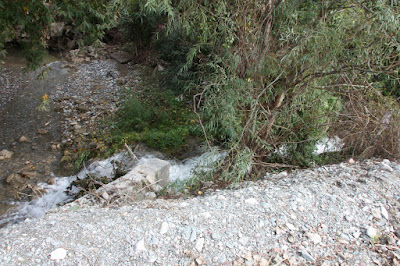 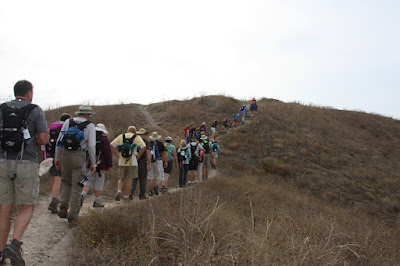 Collosae is unexcavated, It never got the large sums of money
to rebuild after the earthquake that other cities in the area got
Few Jews lived here maybe that is why
the letter to the Colossians has lots of practical advise
Put to death, therefore, whatever belongs to your earthly nature:
sexual immorality, impurity, lust, evil desires and greed,
which is idolatry.
Laodicea 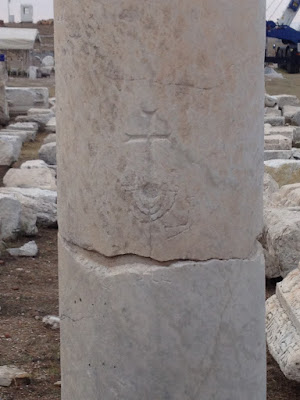 an exciting find in Laodicea
This is so cool! a menorah (with palm branch and shofar)
and out of it grows an anchor cross
this is the way it should be 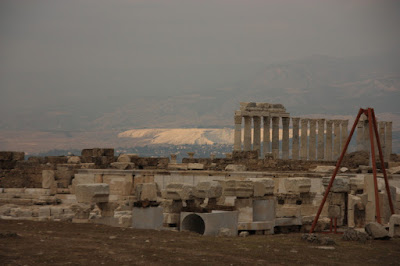 from Laodicea you can see the hot springs from Hierapolis
and the mountains that bring cold water to Colossae
Revelation 3:
I know your deeds, that you are neither cold nor hot.
I wish you were either one or the other!
So, because you are lukewarm—neither hot nor cold—
I am about to spit you out of my mouth 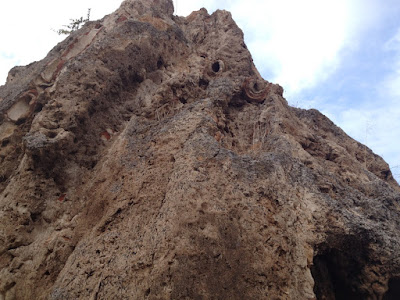 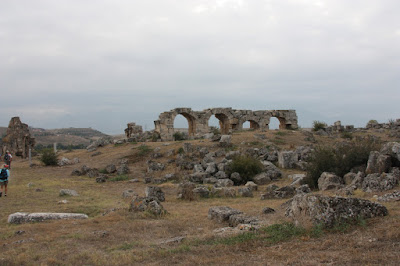 After the earth quakes they rebuild without Roman help
Revelation 3;
You say, ‘I am rich;
I have acquired wealth and do not need a thing
We also talked how Roman soldiers could come
to your house and demand to be fed (banquet stile)
so often the scriptures, culture and history help explain scripture
Here I am! I stand at the door and knock.
If anyone hears my voice and opens the door,
I will come in and eat with that person, and they with me.
﻿
Posted by Anja at 10:41 AM