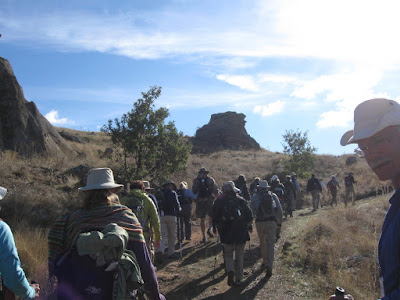 Hiking in the hills, close to where Paul must have hiked
incredible, the distances they hiked then
a days journey was about 40 miles, seems very far to me 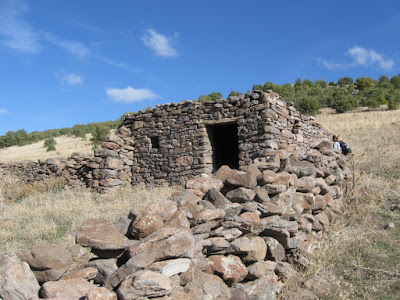 we came to a sheepfold
so many biblical pictures involve sheep 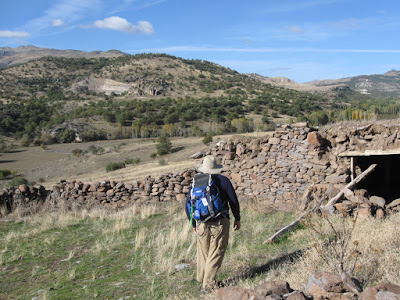 It seemed not in use anymore, used to be a few years ago 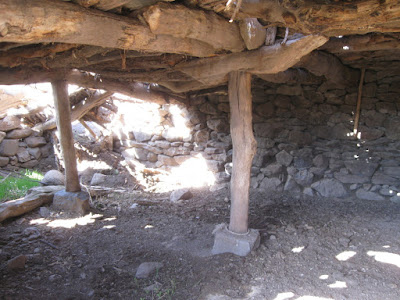 because of disuse, we didn't all go into it,
for fear of it coming down on us 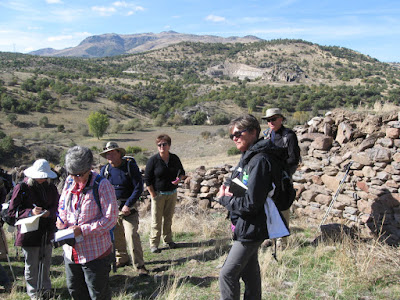 we talked about the Kingdom of Heaven
Matthew 11 From the days of John the Baptist until now,
the kingdom of heaven has been subjected to violence,
and violent people have been raiding it.
but it has nothing to do with violence it means "explode"
like sheep who have been cooped up in the pen and are set free
they jump and run, just like our cows in the Spring
it is called : Paratz
Micah 2: The One who breaks open the way will go up before them;
they will break through the gate and go out.
Their King will pass through before them,
the Lord at their head.”
John brought down the gate, we are the sheep and our king Jesus
goes before us
we should have Paratz!! 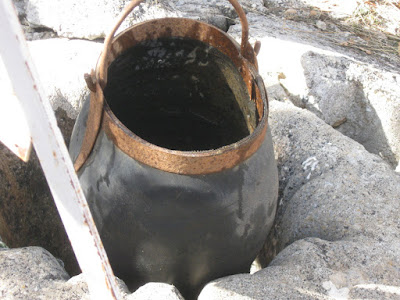 we came by a well with a cool bucket 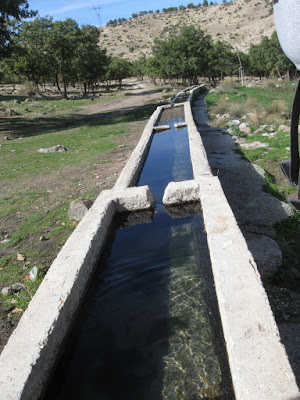 and troughs that were constantly filled by a running well 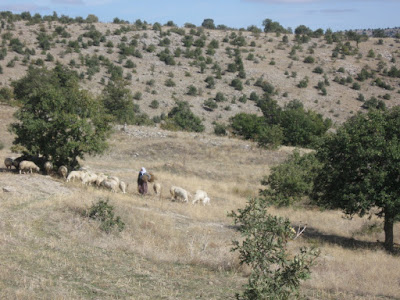 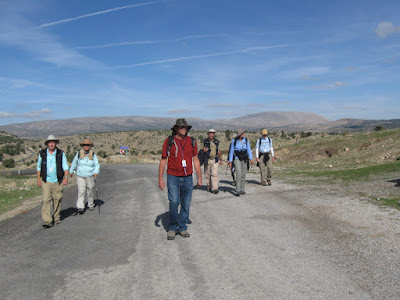 for a brief time we hiked on a paved road 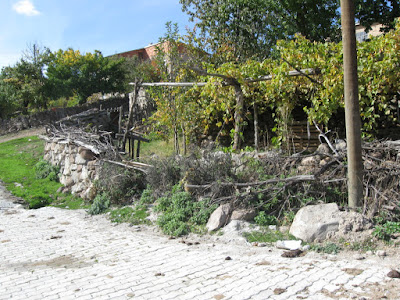 came through a village, with very friendly people 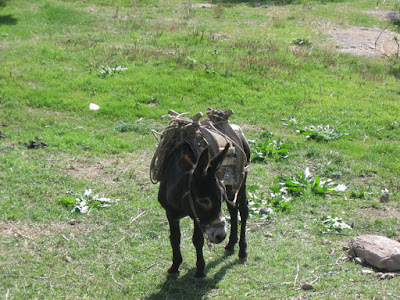 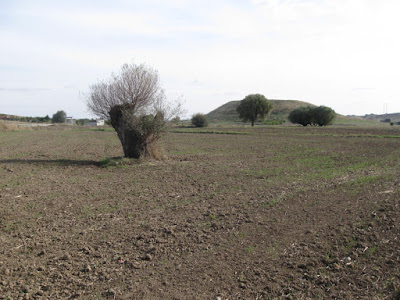 next we went to Lystra 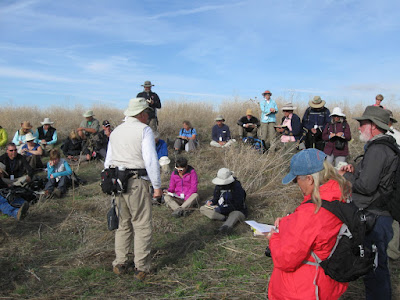 lystra was the town of Timothy, Acts 16:
Paul came to Derbe and then to Lystra,
where a disciple named Timothy lived,
whose mother was Jewish and a believer but whose father was a Greek.
The believers at Lystra and Iconium spoke well of him.
Paul wanted to take him along on the journey,
so he circumcised him because of the Jews who lived in that area,
for they all knew that his father was a Greek
as Timothy's father was a Greek, he would not have
been allowed to be circumcised by the Rabbi, now Paul did it
for Timothy circumcision was a good thing, he was Jewish
Titus was not circumcised, because he was a Greek
we, gentiles also must keep God's law,
except for those things that are distinctly Jewish
like wearing tassels, circumcision and the kosher laws
believe =obey 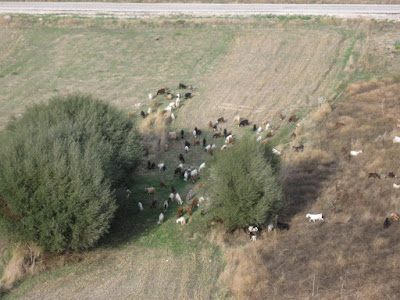 Sheep in our path, so we took the long way around
sheep dogs in this area can be vicious,
there are wolves and the dogs are trained to protect the sheep
one of the dogs was trying to attack a tractor 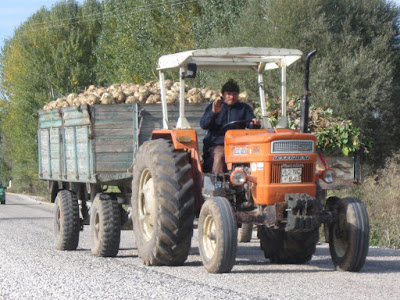 You can see the kind of dogs in this video I took from the bus
﻿
Posted by Anja at 12:00 PM