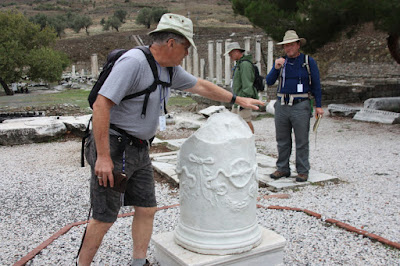 We started the day with a tour of the Mayo clinic in ancient times
people from all over the world came here to get healed at
the Asclepion, the symbol is still used in the medical profession
the snake around a pole 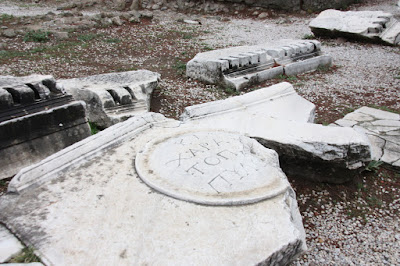 But...there were a lot of positive things here
people were invited to read as much as they could about their ailment
they were given a sensible diet
stress relief and a whole lot more
about 3000 patients about 35.000 different medicines,
600 physicians on staff, people often stayed 3 months

when people were healed they would sometimes make
as an offering a statue of the healed body part,
an example is in Ceasarea: 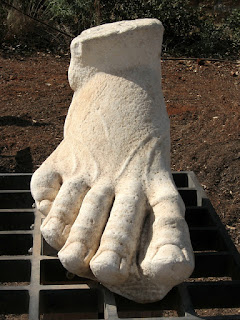 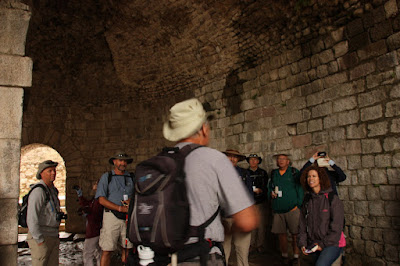 The problem is the source of the healing power
it was from Asclepius, not from the living God
Idols are not nothing:
1 Corinthians 10:
Do not those who eat the sacrifices participate in the altar?
Do I mean then that food sacrificed to an idol is anything,
or that an idol is anything?
No, but the sacrifices of pagans are offered to demons,
not to God, and I do not want you to be participants with demons. 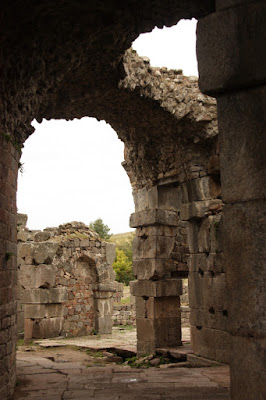 I wouldn't have liked the treatment rooms
under ground, very dark and snakes are not really my thing 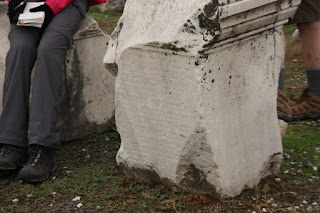 At the incense alter were spices offered
that you could look and search for in the countryside,
they called it hidden manna
There were white stones with names
Revelation 2:
To the one who is victorious,
I will give some of the hidden manna.
I will also give that person a white stone
with a new name written on it,
known only to the one who receives it.
This was a difficult day for several reasons
The Asclepion was not really immoral
We had trouble figuring out
how we could have been a witness for our faith 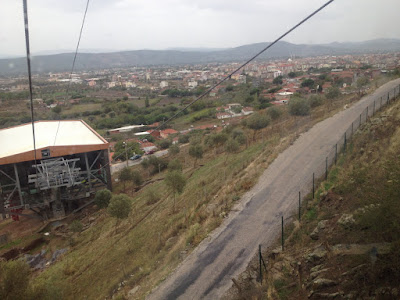 It was also a difficult day because
it was cold and miserable weather
we even took a cable car up, because of the threatening rain 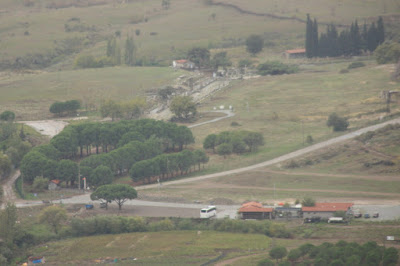 Looking down on the Asclepion (the ancient Mayo clinic),
there was a tunnel from up here
to down there 2km lang 1.8m high 2.4m wide 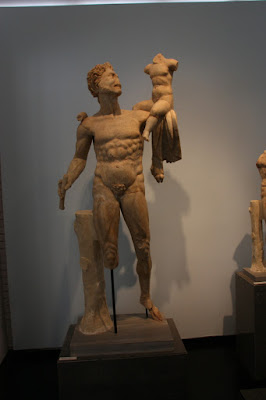 We listened to a teaching about Dionysus 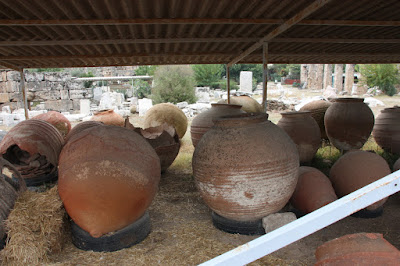 Dionysus the god of wine
free of charge to all, (not only the very rich) for 15 days a year
during the festival times 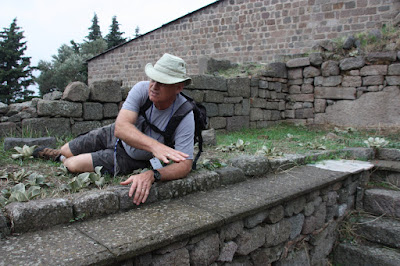 another Dionysus place
this was a place where people would eat raw ox meat
while laying down, and drinking lots too
drink to "get the spirit in you"

seems like John 6 addresses some of these issues
Jesus said to them, “Very truly I tell you,
unless you eat the flesh of the Son of Man
and drink his blood, you have no life in you.
Whoever eats my flesh and drinks my blood has eternal life,
and I will raise them up at the last day.
For my flesh is real food and my blood is real drink.
Whoever eats my flesh and drinks my blood remains in me,
and I in them. 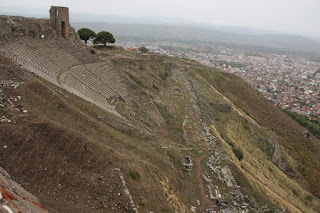 Pergamum is a huge site, but after seeing lots of ruins
and hearing that the nice parts are in the
Pergamum museum in Berlin
somehow the buildings started to be hard to envision 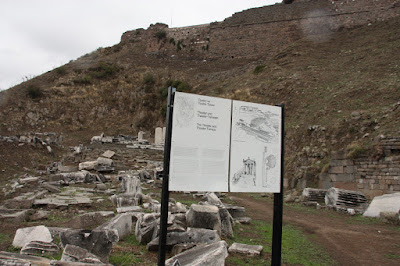 It was helpful to see some drawings 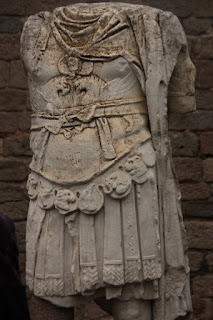 Pergamum was a Roman colony, with all the perks
no taxes and lots of money to go around
Roman soldiers were famous for having
a sharp double edged sword
Revelation 2:
“To the angel of the church in Pergamum write:

These are the words of him who has
the sharp, double-edged sword.
Emperor worship was huge in this town
but the big throne is actually in Berlin too
I got a picture from the internet for you

It would cost people dearly if they didn't worship the emperor

Revelation 2:
I know where you live—where Satan has his throne.
Yet you remain true to my name.
You did not renounce your faith in me,
not even in the days of Antipas, my faithful witness,
who was put to death in your city—where Satan lives.