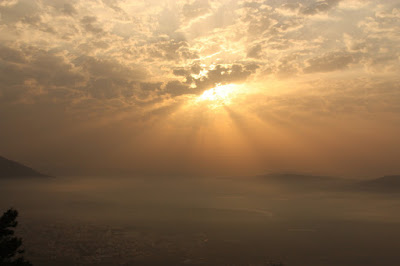 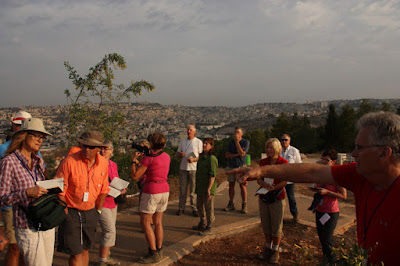 a teachable moment, this is the mustard plant from the parable
an invasive species, hard to get rid off 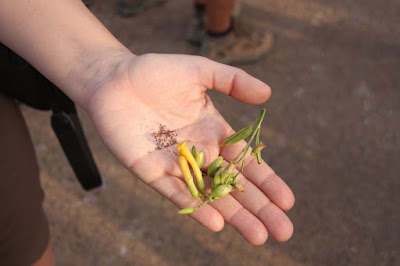 the real mustard seed, very small seeds
Mark 4: Again he said,
“What shall we say the kingdom of God is like,
or what parable shall we use to describe it?
It is like a mustard seed, which is the smallest of all seeds on earth.
Yet when planted, it grows and becomes the largest of all garden plants,
with such big branches that the birds can perch in its shade.” 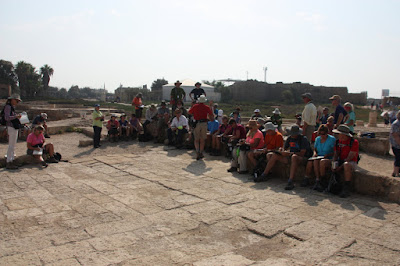 In Caesarea  sitting on the edge of a room,
likely were the apostle Paul was imprisoned 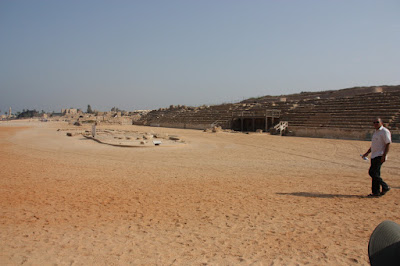 It was known that Herod the Great build enormous projects
but because most had been hidden
people started to debate if it was true
like this enormous Hippodrome with 10.000 seats 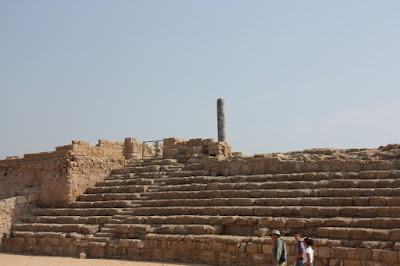 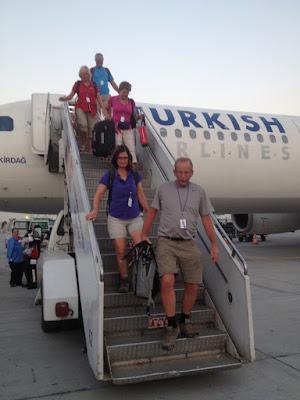 We left Israel and arrived in Turkey 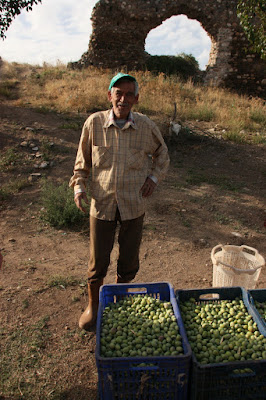 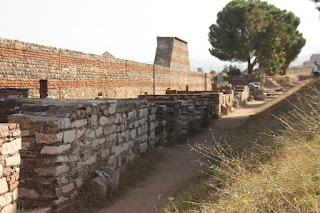 We went to Sardis, the city was on the main road
27 shops excavated 10 showed signs of being Christian
7 Jewish and 2 Jewish / Christian
influence presence at the market place 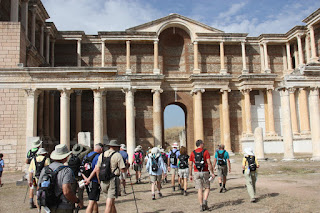 We visited the Gymnasium 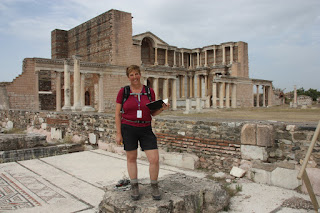 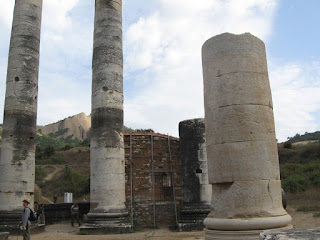 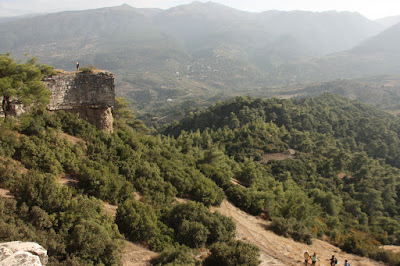 we hiked high up the mountain
Posted by Anja at 4:07 PM