I forgot a day, it was before Ephesus
that we went to Priene
There we talked about stones:
Ephesians 2: So then you are no longer strangers and aliens,
but you are fellow citizens with the saints,
and are of God’s household, having been built
on the foundation of the apostles and prophets,
Christ Jesus Himself being the corner stone,
in whom the whole building, being fitted together,
is growing into a holy temple in the Lord, 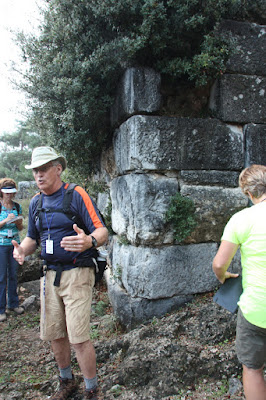 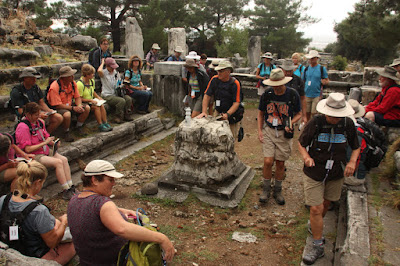 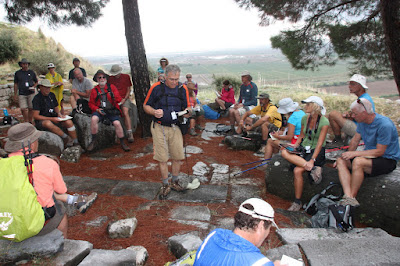 
That would be a radical concept and very much illegal 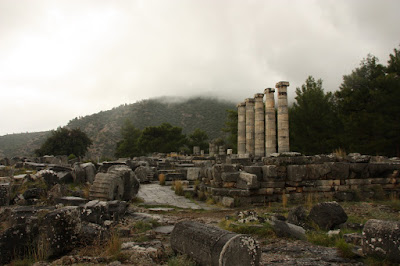 Back to stones and buildings at the temple of Athena
Stones are not interchangeable in a temple
every stone has it's own place. even those in the floor 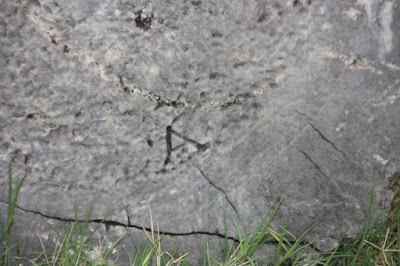 all stones were cut and numbered
and the stone cutter would travel with the stone
from the quarry to the building,
so it would be inserted at the right place
1 Peter 2:
As you come to him, the living Stone
—rejected by humans but chosen by God and precious to him—
you also, like living stones, are being built into a spiritual house
to be a holy priesthood, offering spiritual sacrifices
acceptable to God through Jesus Christ. 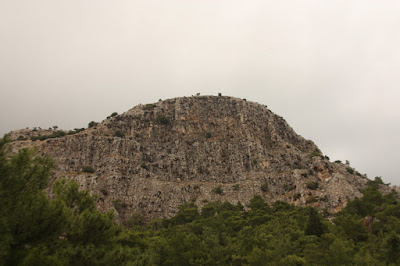 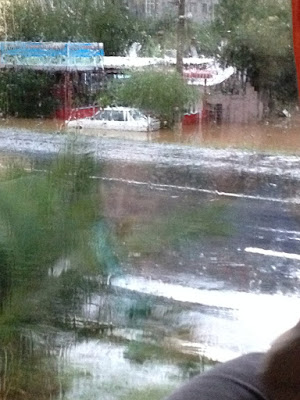 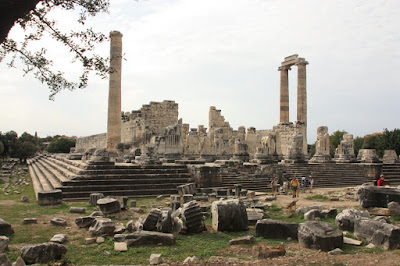 We went to Dydema, the second largest temple in the ancient world 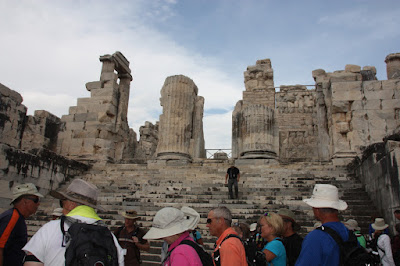 people would come here from far and wide
hoping for a word from the gods
they waited sometimes weeks, months even years 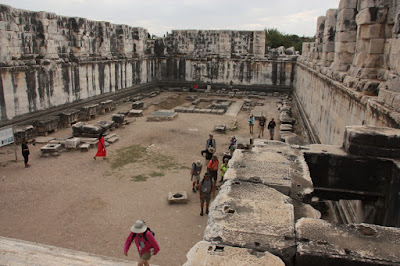 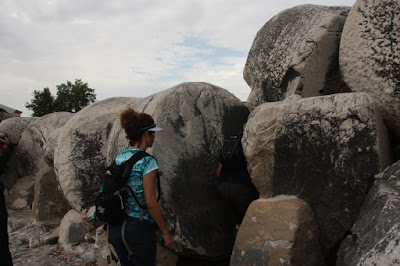 Back to stones and pillars,
it took an average stone cutter 73 years to finish one pillar
so much effort in creating a temple,
because they were craving an oracle from their god
we have all God's oracles in a book, our bible:
Acts 7: This is the Moses .... and he received living oracles to pass on to you. 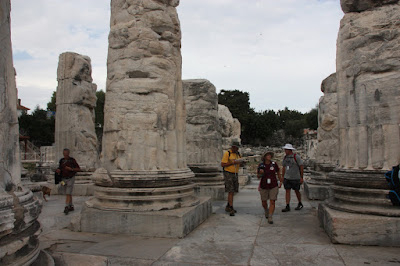 We have the living word we should:
read it, memorize it, season our speech with it
1 Peter 4  If anyone speaks, let him speak as the oracles of God.
If anyone ministers,
let him do it as with the ability which God supplies,
that in all things God may be glorified through Jesus Christ
, to whom belong the glory and the dominion forever and ever. Amen
﻿
Posted by Anja at 10:21 AM