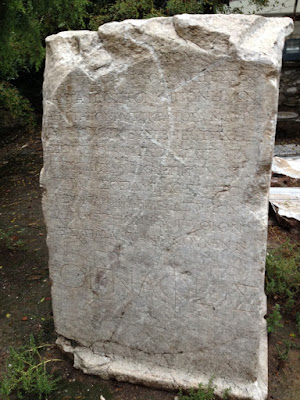 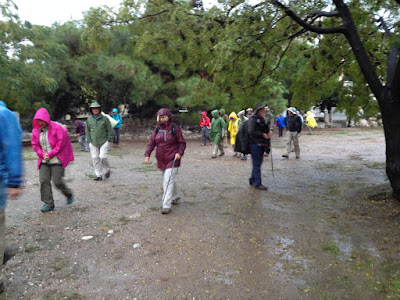 and it was raining, so we had our teaching on the bus
revelation 2 “And to the angel of the church in Thyatira write:
The Son of God, who has eyes like a flame of fire,
and His feet are like burnished bronze,
looking at the culture and looking at scripture
Thiatira was famous for bronze
and Ezekiel 1 has the feet of burnished bronze


There was in Thiatira a world famous Jewish oracle
Revelation 2  But I have this against you,
that you tolerate the woman Jezebel,
who calls herself a prophetess 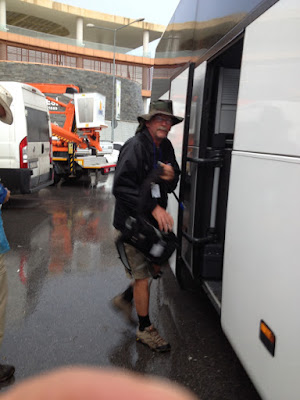 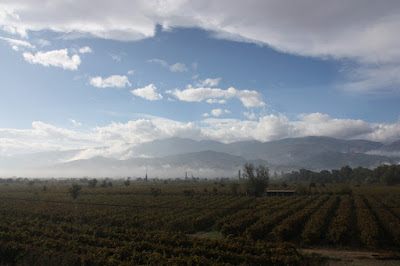 When Domitian was emperor people here
had to uproot 1/2 their vines, to grow wheat
Rome needed wheat according to Domitian
(but he also had lots of vineyards himself)
This land is not good for wheat growing
and 1/4 of the people died because of this
Jews did not have to worship the emperor
Christians did (and paid dearly) Revelation 3
who say that they are Jews and are not, but lie
so some Christians would pretend they were only Jews
In Jerusalem the pillars in the temple had names on them
Revelation 3:  He who overcomes, I will make him a pillar
in the temple of My God, and he will not go out from it anymore;
and I will write on him the name of My God,
and the name of the city of My God, the new Jerusalem 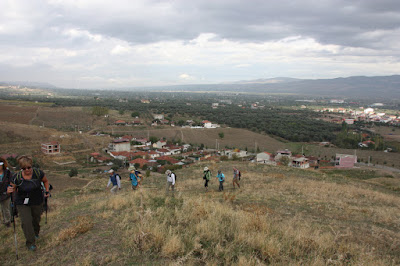 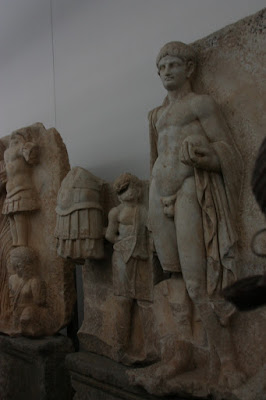 was famous because of art 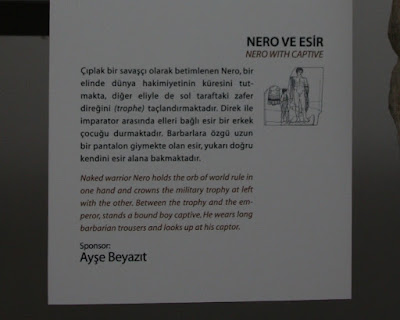 when it became Christian, they shut everything down
they could have cleaned up the art instead
(most was pagan gods, nudity etc.)
what a missed opportunity 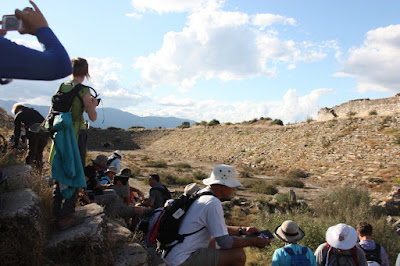 In the Hippodrome we learned that the first 10 chapters of Revelation
read like the Olympics
even the horses are in it: Revelation 6
Then I saw when the Lamb broke one of the seven seals,
and I heard one of the four living creatures saying
as with a voice of thunder, “Come.
” I looked, and behold, a white horse,
only in the Olympics was the 4th horse green 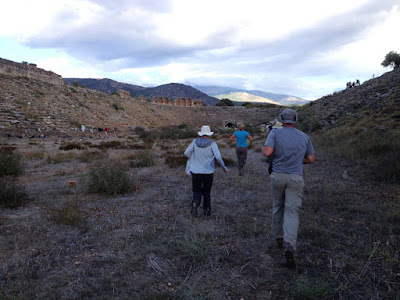 Then we went to Hebrews 11 and 12
the heroes of faith,
who is sitting in the stands to cheer you on?
Keep running!!!!!
Therefore,
since we are surrounded by such a great cloud of witnesses,
let us throw off everything that hinders
and the sin that so easily entangles.
And let us run with perseverance the race marked out for us
Posted by Anja at 5:52 PM