In the Foorsteps of Paul 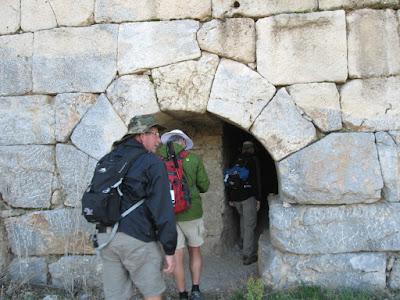 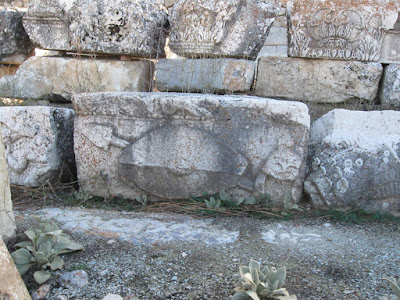 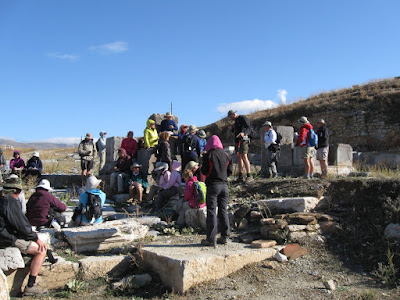 sitting in the gate that Paul must have gone through 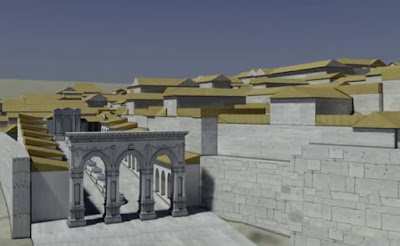 picture from the internet may help visualise the gate 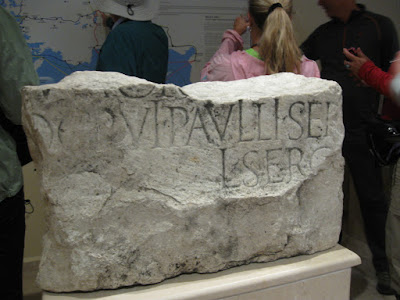 This city gate was paid for by the family of Sergius Paulus
The apostle Paul's first convert
Acts 13: Sergius Paulus. The proconsul, an intelligent man,
sent for Barnabas and Saul because
he wanted to hear the word of God
Next a giant temple complex 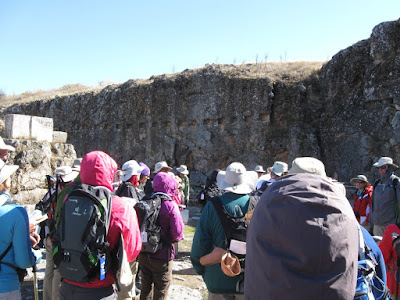 you can see the holes where the second story was supported
, another picture from the internet 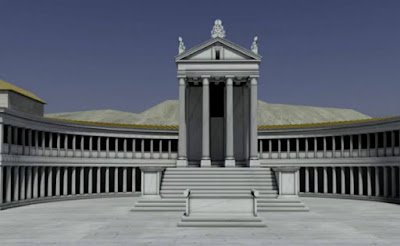 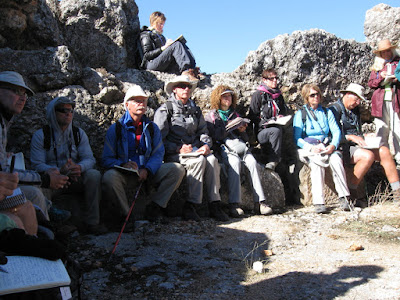 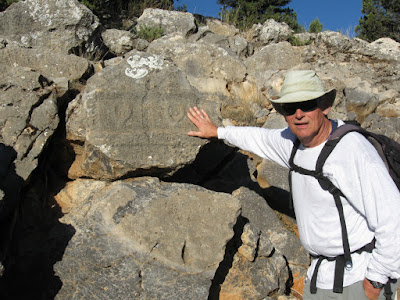 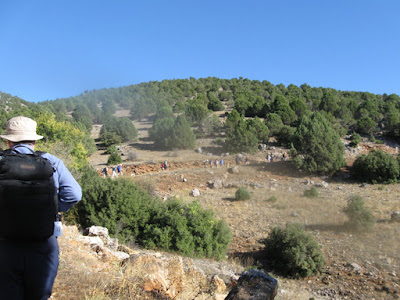 a steady climb up, we hiked about 18km that day 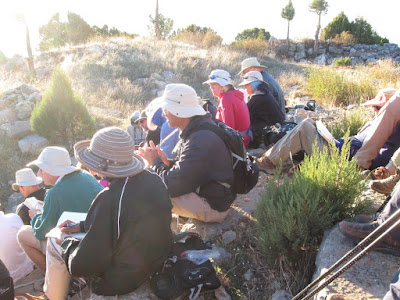 at the top we came to a Mithraeum
Mithra was a mystery religion but very popular
they found hundreds of Mithraeums in Rome alone
the weird thing is that it had things in common with Christianity
the enemy is clever, he is "almost right " 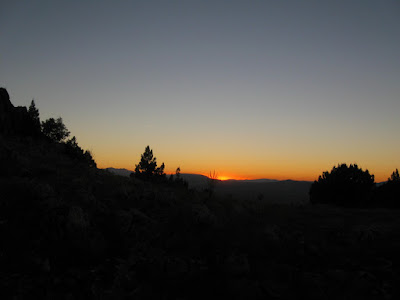 we needed our flashlights on the way down
Rien and I had been Dan this day, Dan is the tribe that
always traveled in the rear. Together with John, Nancy and Randy
was a good experience﻿
Posted by Anja at 5:37 AM