Cappadocia
we were in the middle of a town called Derinkuyu 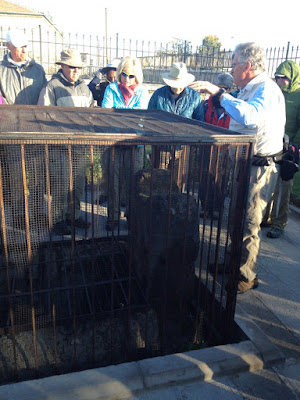 had no idea what we were looking at
we went down 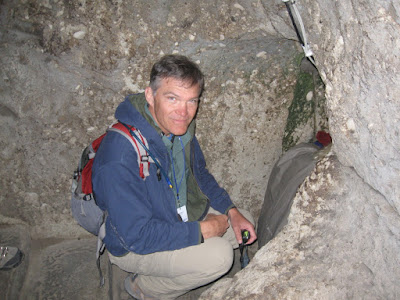 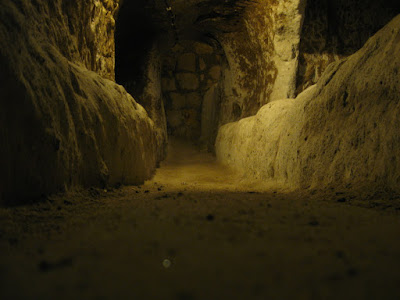 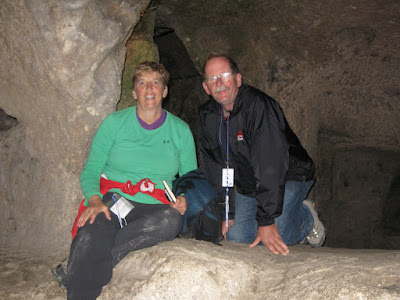 opening up in larger rooms 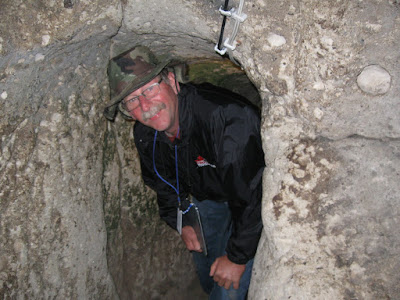 what we'd seen outside had been an air / water shaft 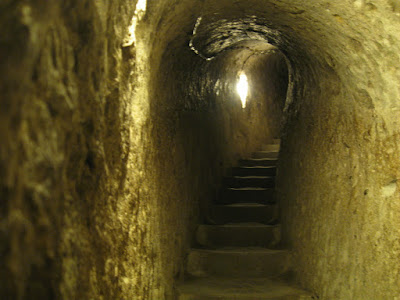 the narrow passage ways were for defensive purposes 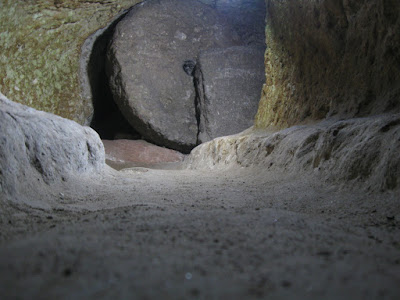 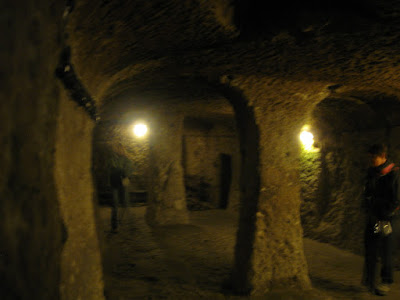 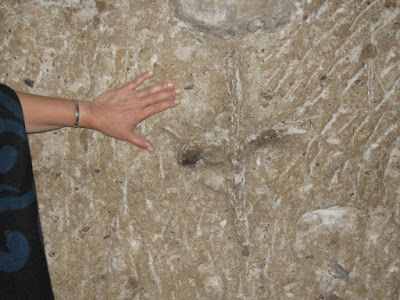 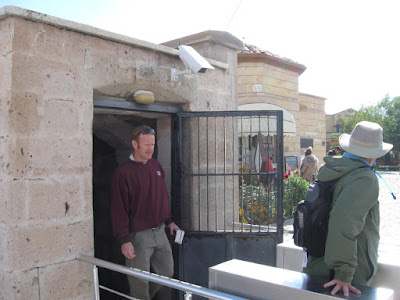 we came up again,
amazed to hear that they'd found 23 such places in this city alone
next we went to an area where people hid in plain sight 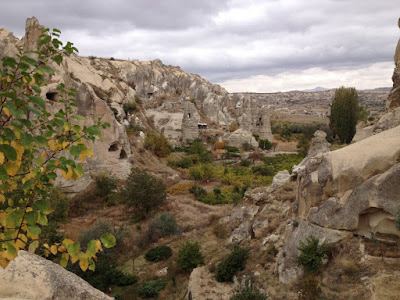 it is a surreal landscape
(used in movies) 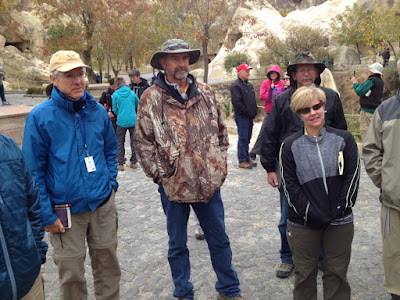 we visited some cave churches 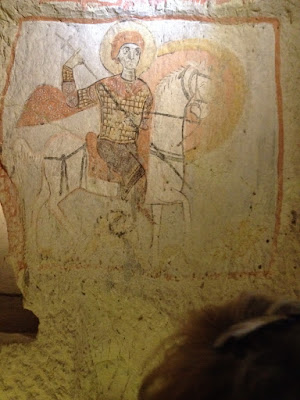 The later the date, the more elaborate the decorations 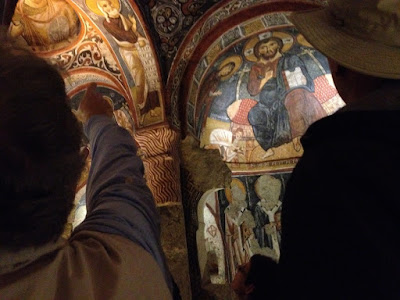 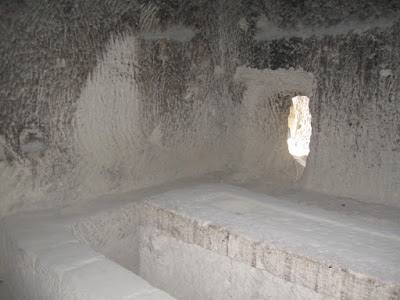 but there was hope, a soup kitchen
build in the time of Gregory, Gregory and Basil
we are the church and we have to reach out in community 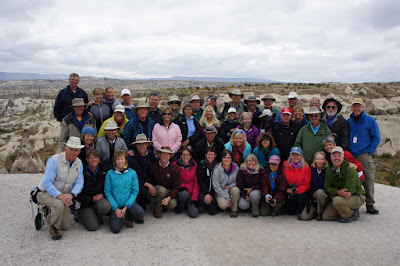 we had a group picture taken 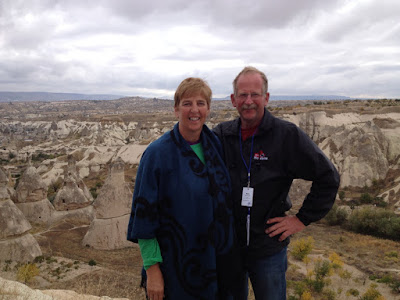 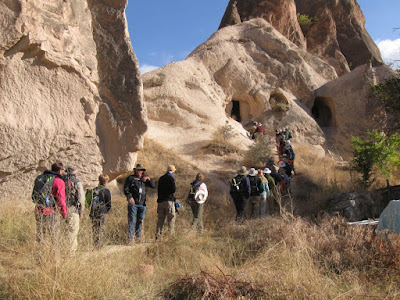 with difficulty we climbed in another cave 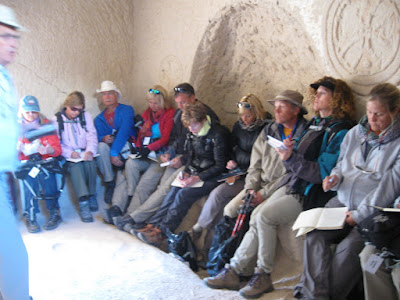 this had been a very early church 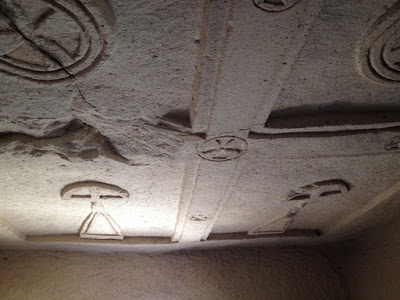 Anchor cross in the ceiling 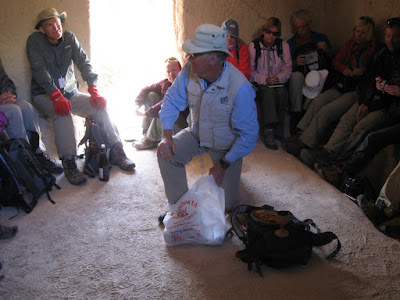 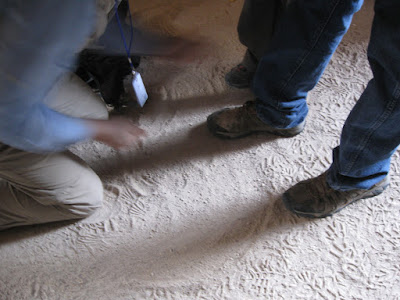 and our Rabbi put dirt on our shoes with the challenge to:
STAY DUSTY!!!
meaning, following the Rabbi so close
that you are covered with the dust of his feet
Posted by Anja at 11:32 AM

Did you have people on your trip who were claustrophobic? We did on ours. I don't think they would have been able to go to that underground city.

One girl was hyper ventilating, but she managed to go all the way. That was impressive

That is very impressive. When we went through Herod's sewer system in Jerusalem, we had several people who had difficulty with the closed in space, but one girl had extreme difficulty. She made it too though.